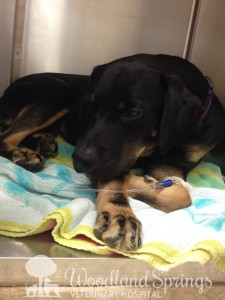 Baxter the First Day We Met  🙁

Baxter is a sweet 7 month old puppy whom we met about a month ago. He came to us as a new patient the day after he was neutered at a local low-cost spay/neuter clinic. Baxter could hardly walk into the door. He was so weak, dehydrated and was having severe diarrhea and vomiting. The poor sweet boy couldn’t even eat or drink. His mom brought him to see Dr. Withrow who immediately recognized the severity of his condition and recommended diagnostic testing in order to fully assess what was going on. Bloodwork showed that Baxter had elevated kidney enzymes, elevated liver enzymes and a very high white blood cell count. There was no pre-anesthetic bloodwork done before the neuter…no baseline for us to compare to. We had no idea if this was a preexisting condition or if it was a result of their anesthesia. All we knew was that he had a severe infection, was possibly septic and that he needed hospitalization. Without immediate hospitalization, Baxter wouldn’t survive. An IV catheter was placed and he was started on fluid therapy along with a menagerie of antibiotics and anti-nausea medication. The fight for his life began:

Upon being admitted to our ICU we could get him to eat a small amount, but he would vomit everything back up. His fluid therapy was set at a rate to help correct his hydration status and injectable medications were started. By the end of the first day he was still very depressed with no real improvement.

Baxter was having very watery stools and vomiting. Now he wouldn’t eat anything he was offered. His mom even came up for a visit with his own food and special treats, but with no luck. We looked at a sample of his stool under the microscope and he had a severe Hookworm infection, so a dewormer was added to his already long list of medications. We also did an ultrasound that day looking for any free fluid in his abdomen that would indicate a more serious condition. His status was worsening and we all feared the worst and were trying everything to make the tides turn in his favor.

He had been hospitalized overnight with us and had remained on fluids all night. He was still depressed and having diarrhea. At 5pm that evening there was our first glimmer of hope: he ate 2 tbsp of food!!!

That morning he seemed brighter. When the technician took him outside to go potty, she noted that he was pulling on the leash and wagging his tail! He drank well and continued to eat small amounts of food and hold them down. We switched his medication from injectable to oral and he was discharged that evening.

Baxter spent 4 days in our hospital and our entire team fell in love with him. From our doctors who constantly monitored his status, to our technicians who carried out all of his treatments, to our animal care attendants who spent endless amounts of time sitting with him trying to get him to eat and drink on his own. This strong sweet boy pulled through and we are so happy that he is healthy and can do normal puppy things again.

I really felt that his story needed to be shared and that his story would help people understand the need for pre-anesthetic bloodwork and why a fecal screen before a surgery is important. The fecal screen is so important before an anesthetic procedure because if a patient does have a high burden of hookworms and then is put under anesthesia, all of those worms that were attached to the wall of the intestine suddenly detach leaving open, bleeding ulcerations throughout the GI tract. A pre-anesthetic bloodwork profile would have detected any existing issues with Baxter’s liver or kidneys or white blood cell count. No one will ever know if he had a pre-existing condition or if he had a reaction to the drugs that were used during his neuter at the low cost facility.

Pre-anesthetic testing is not only minimum standard at our hospital, but it is also a standard of the American Animal Hospital Association. These tests that we require before anesthesia are there for one reason only- to protect your pet! If you have any questions about anesthesia or pre-anesthetic testing please give us a call, and one of our Veterinary Technicians would be happy to speak with you. 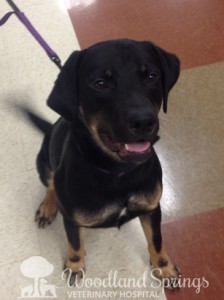 next post: A Veterinary Hospital Shares the Inspirational Story of Woodstock 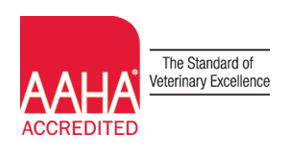 Brand new from the blog

We at Woodland Springs Veterinary Hospital have continued to monitor the status of the COVID-19 pandemic.  We have decided to have stricter protocols for hospital operations, and effective immediately will only be offering Curbside Care. Our goal is to continue to provide care to our patients while maintaining an envi
Read

We are now hiring for an...

We keep growing and growing!! WSVH is a 6-doctor, AAHA-accredited veterinary hospital serving the North Fort Worth area, specifically Keller and Roanoke. Our goal as a hospital and veterinary team is to provide our patients with the highest quality medicine available today in a supportive and caring environment. We bel
Read